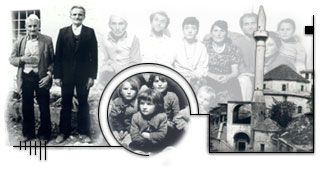 History of Southeastern Europe at University of Graz is Austria’s only scientific institution with a focus on both studies and teaching of the history and anthropology of Southeast Europe. This specialisation is significant for two reasons: Firstly, due to its geographic position, the University of Graz has not only been important for Southeast Europe in the past but continues to play a crucial role in the region. This was one of the motives that led to the establishment of a chair for History of Southeastern Europe in 1970 next to the Graz Institute of Slavic Studies, which has a strong tradition in Balkan studies. Our University’s special emphasis means that we are also concerned with tasks beyond pure scientific work: making contacts, building networks, organising grants for students from Southeast Europe, designing and supporting research projects. Secondly, the Southeast is central to the identity of the city of Graz. Graz sees itself as a business hub linking Austria and Southeast Europe, and the city is also the site of an international trade fair oriented towards the region.

Southeast European History and Anthropology is situated in the north wing of a Baroque house known as the “Meerschein Palace”. The palace was built in the 16th century as a residence for the papal nuncio for Inner Austria. Its present name dates back to a coffee-house of the early 19th century, when visitors dancend in today's rooms, sipped coffee (this tradititon has been maintained) and played cards. The rooms falsely give an impression of contemplative tranquility. However history and atmosphere are deceptive: there is bustling activity on three floors, which encompass some 500 sq-meters of working and library space. Here all opportunities are being used to broaden research internationally and to strengthen and facilitate communication. 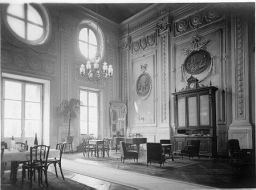 
Public office hours: by appointment only (by telephone or E-Mail).

Member of the Field of Excellence 'Dimensions of Europeanization'